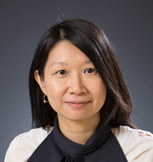 Rossa Chiu is the Choh-Ming Li Professor of Chemical Pathology and Associate Dean (Development) at the Faculty of Medicine, The Chinese University of Hong Kong. She is an Honorary Consultant Chemical Pathologist at the New Territories East Cluster of Hospitals. Prof Chiu graduated from medical school at the University of Queensland, Australia and was awarded Doctor of Philosophy by The Chinese University of Hong Kong. She is a Fellow of the Royal College of Pathologists of Australasia, the Hong Kong College of Pathologists and the Hong Kong Academy of Medicine (Pathology).

Prof Chiu's research interests lie in the analysis of circulating nucleic acids found in human plasma. She has made significant contributions to the development of non-invasive prenatal diagnosis which led to the worldwide introduction of non-invasive plasma DNA tests for Down syndrome screening. Recently, she has been investigating the detection of cancer-derived DNA in human plasma with an aim to develop non-invasive blood tests for cancer detection.

To date, Prof Chiu has published over 140 peer-reviewed research articles and has over 150 granted patents. Prof Chiu has received a number of awards for her research, including the 2011 International Federation of Clinical Chemistry and Laboratory Medicine (IFCC) Young Investigator Award, the 2012 China Women in Science Fellowship and the 2013 American Association of Clinical Chemistry Outstanding Scientific Contributions for a Young Investigator. She is currently a member of the Board of Directors of the International Society of Prenatal Diagnosis and co-Chair of the Federation of the International Society of Prenatal Diagnosis. She was the President of the Hong Kong Society of Clinical Chemistry from 2004 to 2005. 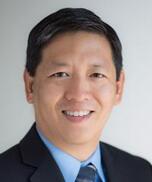 Felix Feng, MD, received his undergraduate training from Stanford University, where he earned a degree in Biological Sciences and received a President’s Award for Academic Excellence. He then received his MD from Washington University in St. Louis, where he received numerous awards for his research and academic achievements. He then completed both a postdoctoral research fellowship and his residency in radiation oncology at the University of Michigan, and subsequently joined the faculty there. In addition to being the Director of the Division of Translational Genomics, Dr. Feng also co-led the multidisciplinary clinic for prostate cancer patients and served as Director of the Genitourinary Cancer Program within the Department of Radiation Oncology at the University of Michigan. In 2016, Dr. Feng was recruited to join the faculty at UCSF, where he currently is a Professor of Radiation Oncology, Urology, and Medicine, and serves as Vice Chair for Faculty Development and Director of Translational Research for the Department of Radiation Oncology.

Dr. Feng’s clinical interests include the diagnosis and management of genitourinary malignancies. He specializes in the treatment of high-risk aggressive prostate cancers as well as oligometastatic disease. Dr. Feng is nationally known for his approaches of using molecular biomarkers to help guide or personalize radiation therapy for patients. He serves as the leader of the Genitouirnary Cancer Translational Research Program for the NRG Clinical Trials Group, and is a member of the National Cancer Institute Steering Committee for Genitourinary Cancers.  He has helped conduct numerous clinical trials, and is the co-principal investigator of one of the first biomarker-driven clinical trials for patients with metastatic prostate cancer.

Dr. Feng is focused on clinical and translational research aimed at improving outcomes for patients with prostate cancer. His laboratory focuses on identifying and validating biomarkers associated with treatment resistance in prostate cancer patients, and overcoming radiation or hormone therapy resistance with targeted therapy. He has published over 130 peer-reviewed scientific articles and he has published manuscripts in leading journals such as the New England Journal of Medicine, Lancet Oncology, Journal of Clinical Oncology, European Urology, Nature, and Nature Genetics. He has received numerous awards for his research and is the principal investigator on multiple grants, from various federal and foundation sources. Professor Maarten IJzerman is the VCCC professor and Head of Cancer Health Services Research in the University of Melbourne Centre for Cancer Research and the Centre for Health Policy of the Melbourne School of Population and Global Health. He also maintained a position as a professor of Health Technology Assessment in the University of Twente (Netherlands) where he is co-leading a research program on the use of (molecular) diagnostics in cancer management.

Maarten’s international work is focussed around the health economics and health services implications of personalised medicine, including research on drug treatment sequencing and the use of complex genomic sequencing. He has been workpackage leader in the European CTC-Trap study, developing isolation methods for Circulating Tumor Cells, a member of the CANCER-ID scientific advisory panel and a member of the European Liquid Biopsy Academy (ELBA). He is a co-lead of the health economics work in the Canadian-Dutch UCAN-CANDU study, a co-investigator on the Dutch TANGO project investigating Whole-Genome Sequencing in cancer and a co-investigator for the Australian PRECEPT project, developing a prediction model to evaluate genomic biomarkers for risk-stratification in localised prostate cancer. He is the CIA on the MRFF funded “PRedicting health economic IMpact of new CAncer Treatments” (PRIMCAT) project. Maarten is co-chairing the VCCC data-driven cancer health services research hub, developing a program of work using linked data for value-based care. He currently sits on the Australian Medical Services Advisory Committee and is a member of numerous (inter-)national advisory boards related to health services research, clinical governance and cancer management and innovation.
​
Invited Speakers

Heidi has just completed her PhD in the Prostate Cancer Therapeutics Laboratory under the supervision of A/Professor Arun Azad. During this time, she utilised plasma cfDNA and cfRNA collected from men with metastatic prostate cancer to identify markers of response and resistance. She has a background in NGS workflow design and optimisation for somatic mutation analysis in cfDNA.

Cris graduated in Medicine from the University of Auckland in 1989 and began research while working as a house surgeon in Dunedin, NZ. A PhD in the University of Auckland led to a four-year postdoctoral fellowship in the Walter and Eliza Hall Institute in Melbourne, Australia before six years in Cambridge University, UK, where he was a Fellow of St Edmunds College and developed a deep interest in genomics and bioinformatics. While there he co-founded a bioinformatics company that became listed on the Tokyo stock exchange in 2007. In 2005 he returned to the University of Auckland where he leads a cross-disciplinary research team of clinicians, cell biologists and data scientists who use genomics, systems biology and bioinformatics to better understand human disease, especially cancer. He leads the Genomics Into Medicine Strategic Research Initiative in Auckland and Chairs the Auckland Regional Tissue Bank Scientific Advisory Board. He is a Deputy Chair of the NZ Institute of Environmental Science and Research (ESR) and a Principle Investigator in the Maurice Wilkins Centre. Previously, he served as President of the NZ Society for Oncology and was Director of the Bioinformatics Institute at the University of Auckland

Dr Stephen Wong
​Peter MacCallum Cancer Centre, Melbourne
​
Dr. Stephen Wong is a fellow of the Royal College of Pathologists of Australasia and a postdoctoral researcher at the Peter MacCallum Cancer Centre specialising in cancer genomics and molecular diagnostics. He is a NHMRC Emerging Leader Fellow and a Victorian Cancer Agency Mid-Career Fellow with his research focusing on identifying and characterising novel molecular biomarkers in melanoma and in other malignancies.
​
Prof Adnan Khattak
​Fiona Stanley Hospital and St John of God Murdoch Hospital, Perth

Associate Professor Melissa Davis is a computational cancer biologist who leads a highly multidisciplinary research group working on cancer progression and plasticity. Melissa was awarded a PhD from the University of Queensland in 2007, and did a post-doc at the Institute for Molecular Biosciences. In 2014 she was awarded a National Breast Cancer Foundation Career Development Fellowship for research on epithelial-mesenchymal plasticity in breast cancer metastasis at the University of Melbourne. In 2016 she relocated her group to the Walter and Eliza Hall Institute, and in 2019 she was appointed as joint Division Head of the Bioinformatics Division. She also holds an honorary appointment in the Department of Clinical Pathology at the University of Melbourne.
​
Industry Speaker
​
Dr Jose Luis Costa
Medical Affairs, Thermo Fisher Scientific, Portugal

José Luis Costa carried out his undergraduate studies at the University of Porto in Portugal and obtained his Ph.D. degree in Biology at Uppsala University in Sweden. Prior to joining the Institute of Molecular Pathology and Immunology of the University of Porto (IPATIMUP) in 2006, he carried out postdoctoral research at the Vrije University Medical Center in Amsterdam, The Netherlands. He was appointed, in 2014, as Affiliated Professor at the Medical Faculty of the University of Porto. In 2020, joined Thermo Fisher Scientific as EMEA Medical Affairs Director part of the Clinical NGS and Oncology Division. Throughout his career he seeks to promote the uptake of Precision Medicine for the benefit of patients through the application of the latest technologies in the diagnosis and the search for precision therapies.